Skip to content
For information regarding the corona virus, please visit the SA Government Portal.

The enrichment subjects at St James encapsulate and give a greater value, by putting life into the overall education process. Enrichment describes activities which St James provide in order to extend students’ education beyond their main course of study.

The enrichment programme widens the child’s interests; they learn about their relationship to the world and how to lead a useful life. In time, the particular subjects offered helps the child to focus on the talents that suit his or her nature. They may lead to the child’s life time’s work or vocation. 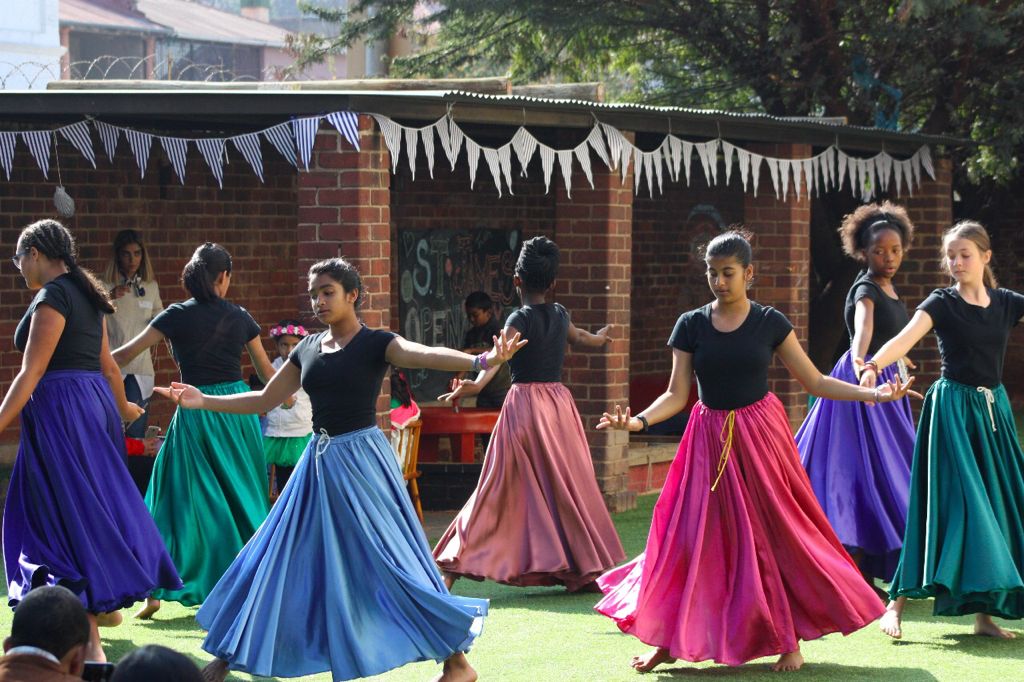 Why Philosophy for Children? 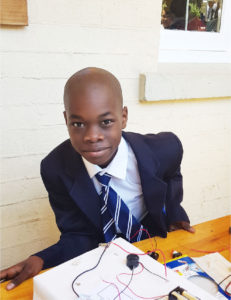 When children explore moral and ethical questions, in the light of reason, there opens up the possibility of seeing the cause behind these thoughts and behaviours. This process empowers the child because it brings the youngster to a point where choice is possible, instead of falling back on habitual behaviour. This in turn has an effect on the whole community, be it the class, the family or society itself.

Giving children the space and tools to think and apply reason offers the opportunity of discovering their full potential. It is a voyage of discovery for both teacher and student!

What the Children Say about Philosophy Class (Grade 4):

"I feel I am close to God when I do Philosophy."

"I feel all my questions have been answered - I don't want to say anything afterwards." 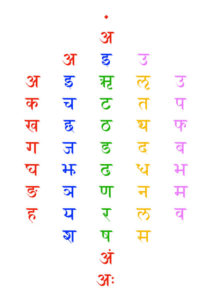 The founder of the St James Schools, Leon MacLaren, based language study on the finest example he could find, namely Sanskrit.

It is a classical language par excellence predating Latin and Greek and has the ability to teach the children the fundamental principles of language. Its grammar prevails as the underlying grammatical system of many of the languages the children are likely to meet.

The children from Grade R to Grade 7 are taught Sanskrit as part of the mainstream curriculum. Each lesson begins and ends with a pause sounding शान्ति मनसि अस्तु  (Śāntih Manasi Astu) which means ‘Let the mind be at peace’. This immediately brings the children to rest.

Perhaps the greatest benefit of this study is the purity and emotive power of the sound, as well as the precision and reason of grammatical analysis. The opportunity to study Sanskrit is a great blessing, and even a taste of it serves to enrich one’s life. 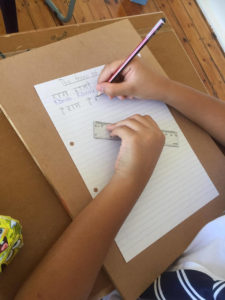 Sanskrit is rich - rich in vocabulary, rich in literature, rich in thoughts and ideas, rich in meanings and values. The sounds of the alphabet are fundamental elements of human language, and in the Sanskrit alphabet, measure, refinement and order are very evident.

Order is inherent in the alphabet, with the sounds systematically formed and arranged on a scientific basis. There are five families of letters, each based on a particular mouth position. The first of these mouth positions is the throat and they move systematically forward until the fifth and last, the lip position. Almost all letters are sounded in one of these positions. 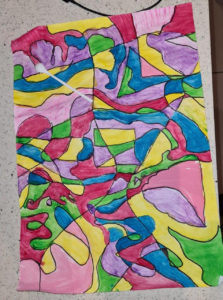 Art is as an essential part of the curriculum and upholds the St James ethos of every child being one with the greater creation. Our approach is to instill a love for artmaking by weaving together an appreciation of traditional art skills inspired by art history from around the world as well as supporting creativity and innovation.

Art lessons instill a mindfulness in the children through careful observation of real objects. Creativity is encouraged through playful art exercises and exploring various art mediums is encouraged with reference to art forms from across the globe. Drawing skills, painting techniques, colour theories and philosophical ideas are formally explored from Grade 4 to Grade 7.

Visits to local galleries are encouraged and art appreciation informs discussions that can offer further support for our curriculum subjects such as Global Perspectives. The children are active participants in thinking about their annual art exhibition and learn about curating their artwork.
Art (Cambridge)

This wide-ranging discipline enables learners to explore their creativity and to express themselves through a range of artistic forms. They will experiment with artistic media, consider the artistic process that all artists follow and use concentration and perseverance to convert their creative ideas and their experiments into both personal and collaborative pieces of art. Throughout their artistic journey, learners will also benefit of reflecting on their own experiences and from the experiences of others.

Another reason that St james is unique is the inclusion of Creative Movement in the curriculum. Drawing from many classical dance and movement forms, Creative Movement, formerly known as Abhinaya, allows the development of many strengths in the child, including: 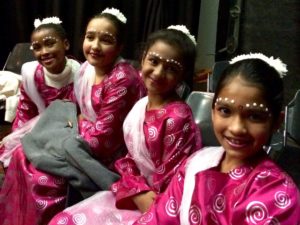 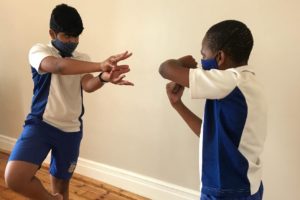 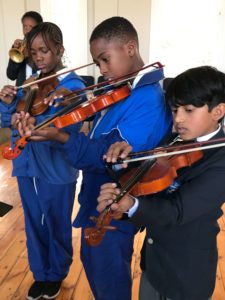 Cambridge Primary Music fosters creativity and builds confidence. It helps learners develop a deeper understanding of self-expression, and shows them the importance of communication as they learn to connect with other musicians and audiences.

This curriculum emphasises musical exploration and gives learners the opportunity to both make music and make sense of music at every stage of development.

The focus is on play and on responding to music which leads to an increasing awareness of self and personal musicality.

Learners will experiment and contribute as they follow a wide variety of possible musical paths, helping to develop an affinity to music as well as find ways to express their unique musical personality. 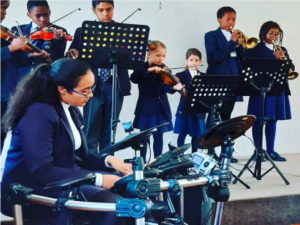 As an Afrikaans ( FAL) teacher my main objectives are to create an inclusive classroom, accommodating all levels of strengths, in order for learners to become confident students.

Learners get the opportunity to interact with this rich language through short stories, fables, current news and other articles of interest.

We believe learning a second or third language broadens the child’s social awareness as well as giving them an opportunity to develop their language skills. 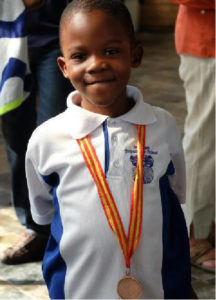 Physical education is a vital part of a balanced school curriculum. Regular exercise improves both physical and mental health and there is growing evidence that it improves academic performance across the curriculum.

Establishing good patterns of exercise in primary schools also provides learners with the foundation of an active and healthy lifestyle for life.

The focus of our curriculum is on depth of skills rather than referring to particular activity types or sports.

The Grade 7 students are introduced to the subject of Technology. 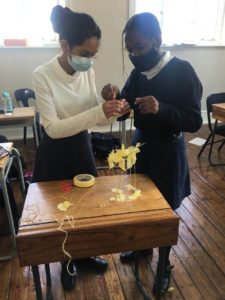 Technology is more than just understanding the mechanisms and technical aspects involved in creating a product. This subject requires that students think deeply about the problems facing the world and inspires them to think of solutions. Technology draws on knowledge, skills, values and resources to meet the ever changing needs of people. Social and environmental factors are taken into consideration in solving the practical problems of a complex world facing poverty, unrest, illness and climate change.

Students are introduced to the “design process” that is the foundation of creating products across sectors of the economy. They practice basic graphic communication skills and investigate mechanical and electrical systems. There is theory but there are also many practical experiments and investigations. The students have great fun applying their knowledge to the building of models each term. 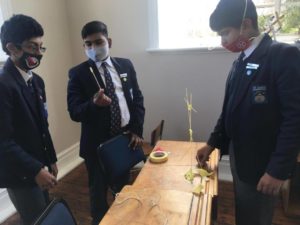 In their final year at St James, students are immersed into the worldly dynamics of Economics, Accounting,  Business  Studies and  Entrepreneurship. The  course is designed  to  equip the impressionable, young students with foundational knowledge, experiences and skills  that prepare them for a world so dominated by money, business and  economics.

In keeping with St James’ philosophical ethos, EMS is approached from the perspectives of harmony and justice.  This is so that St James students may engage with the world in a principled and ethical way as they grow older and come into closer contact with it as adults.  In doing so, the young students will act as much-needed role models amongst their peers, families, communities, and society at large.

Throughout the year-long course, student reasoning and reflective intelligences are strengthened in a variety of ways.  Global issues such as poverty, inequality and climate change are taken under the microscope to understand the impact that poor business practices and unethical leadership may have had on creating them. This philosophical approach is designed to enhance the student’s capacity to meet today’s needs in a world which too often displays disharmony, misunderstanding and intolerance.

EMS lessons encourage self-discovery and are vibrant, with small classes allowing for highly interactive group teaching , and individual teaching when required.  From class debates and individual presentations to deep-dive, online research and 1-1 interviews, the course offers students a range of activities that allows each one to both shine and learn.  Students embrace both the relevance and dynamism of the course, with investing, the stock market, compounding, and social impact entrepreneurship being amongst their favourite topics! 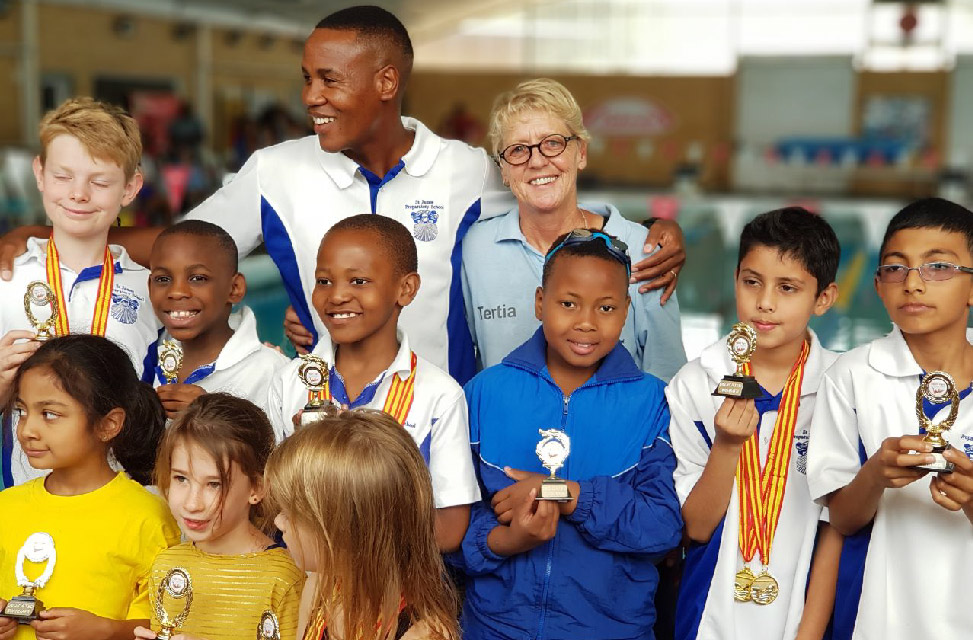 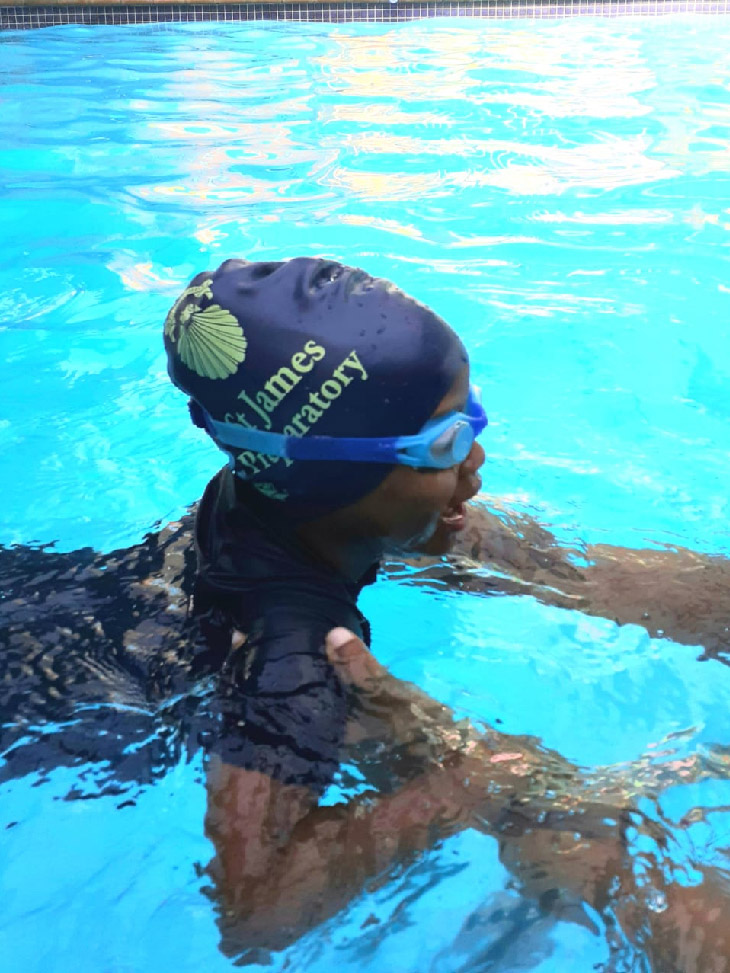 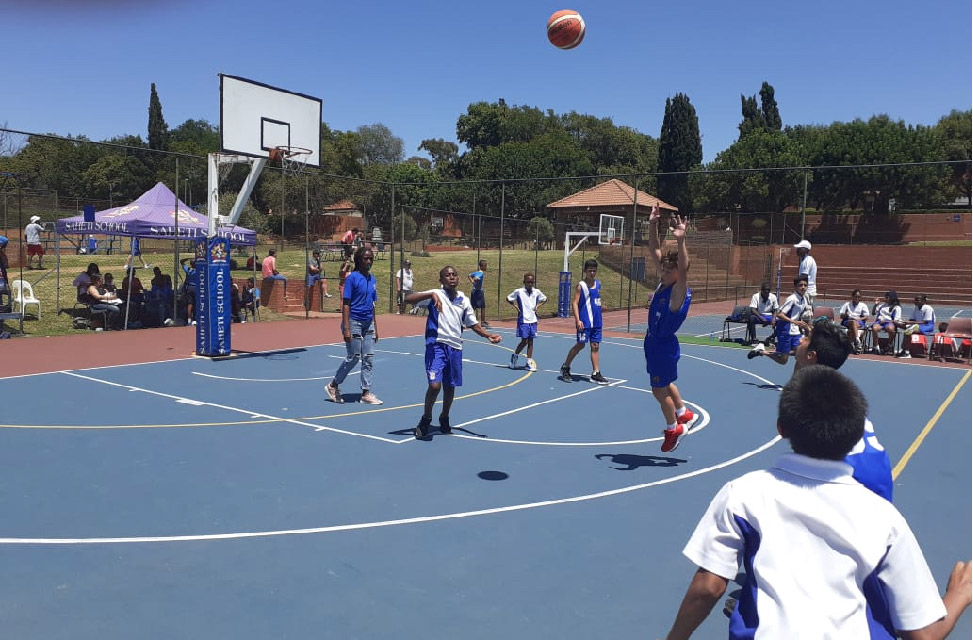 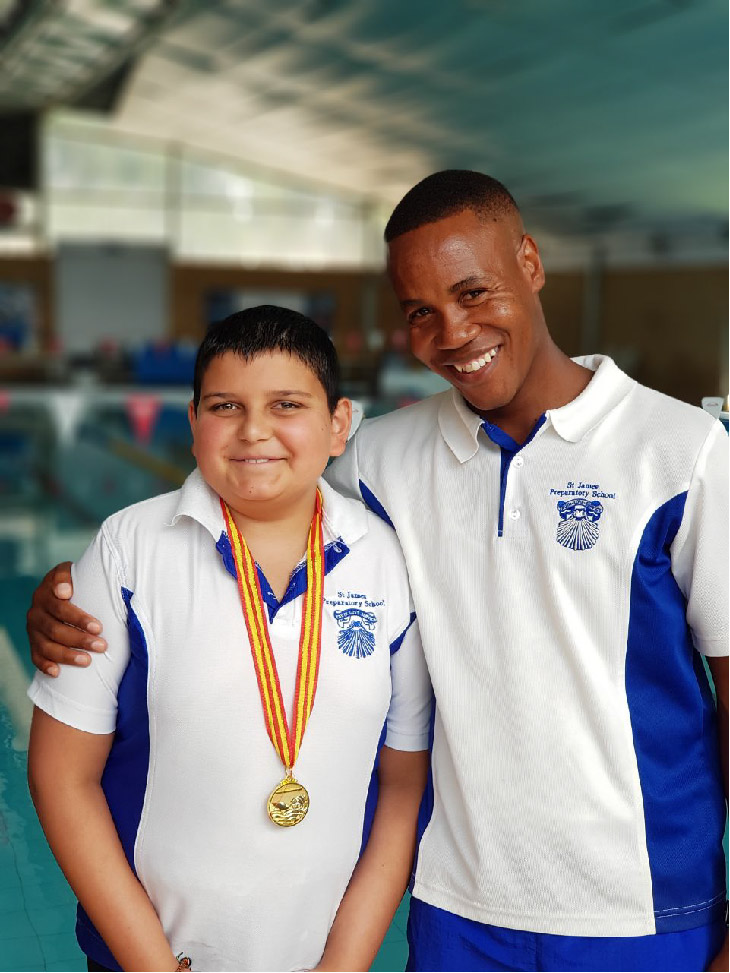 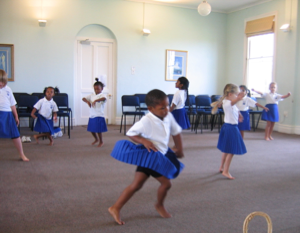 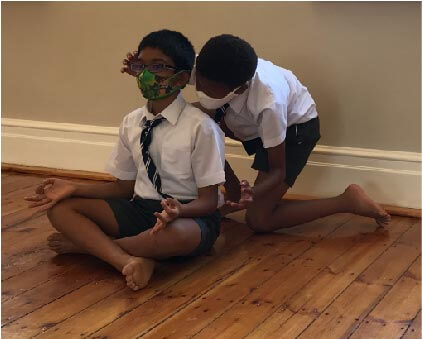 We use cookies on our website to give you the most relevant experience by remembering your preferences and repeat visits. By clicking “Accept All”, you consent to the use of ALL the cookies. However, you may visit "Cookie Settings" to provide a controlled consent.
Cookie SettingsAccept All
Manage consent

This website uses cookies to improve your experience while you navigate through the website. Out of these, the cookies that are categorized as necessary are stored on your browser as they are essential for the working of basic functionalities of the website. We also use third-party cookies that help us analyze and understand how you use this website. These cookies will be stored in your browser only with your consent. You also have the option to opt-out of these cookies. But opting out of some of these cookies may affect your browsing experience.
Necessary Always Enabled
Necessary cookies are absolutely essential for the website to function properly. These cookies ensure basic functionalities and security features of the website, anonymously.
Functional
Functional cookies help to perform certain functionalities like sharing the content of the website on social media platforms, collect feedbacks, and other third-party features.
Performance
Performance cookies are used to understand and analyze the key performance indexes of the website which helps in delivering a better user experience for the visitors.
Analytics
Analytical cookies are used to understand how visitors interact with the website. These cookies help provide information on metrics the number of visitors, bounce rate, traffic source, etc.
Advertisement
Advertisement cookies are used to provide visitors with relevant ads and marketing campaigns. These cookies track visitors across websites and collect information to provide customized ads.
Others
Other uncategorized cookies are those that are being analyzed and have not been classified into a category as yet.
SAVE & ACCEPT
Scroll To Top